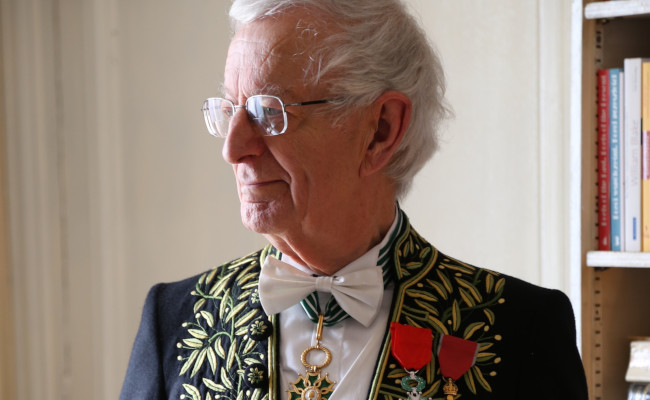 Michael Edwards is the only Englishman ever to have been elected to the Académie Française, to which he was inducted in 2014. While holding a chair at the Collège de France (2002-2013), he produced a stream of books in French on Shakespeare and on English poetry more generally, but also on such topics as émerveillement (marvelling) and happiness, in literature, art and music. Prior to that, while being a Professor of English at Warwick, he published three books in English exploring the spiritual aspects of poetry, an aspect he develops further in his recent book, in French, Bible et poésie (2016), on the Christian poetic tradition in England and France, the position of the bilingual poet, and the unspeakable.

Associated event
Beyond our Walls