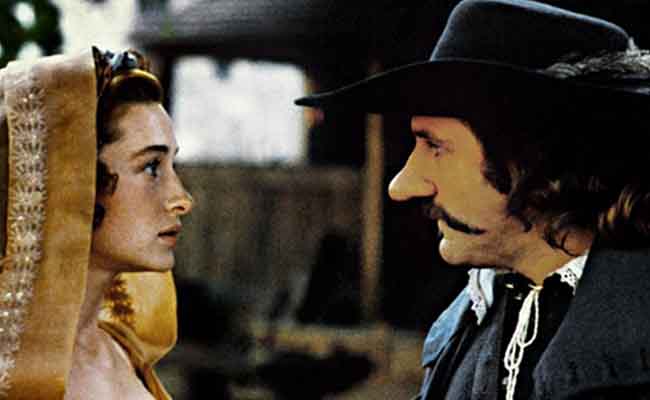 Gérard Depardieu excels as the seventeenth century Gascon swordsman and braggart whose unsightly nose prevents him from confessing his love to his cousin Roxane. Showered with awards throughout the world and celebrating its 30th anniversary, Rappeneau’s film is a genuine cinematic triumph, as visually as it is verbally dazzling: the grace and pace of Rostand’s text is matched by the energetic camerawork and elegant mise-en-scène.

Listen to director Jean-Paul Rappeneau's unique Q&A at Ciné Lumière in 2018 on Culturethèque.

This classic of French cinema has also been remastered and released for the first time in the UK on Blu-ray, and simultaneously on iTunes and Amazon.