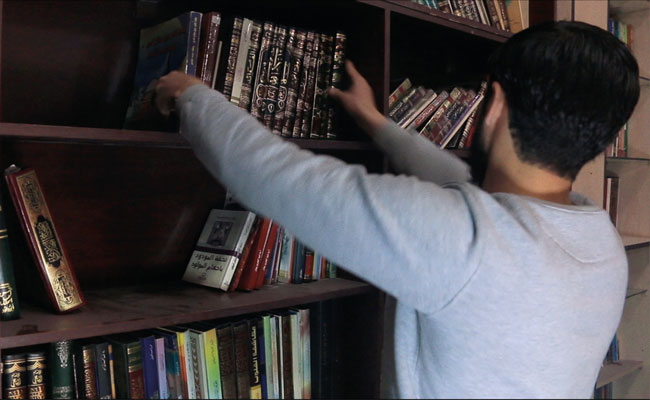 Daraya: A Library Under Bombs

At the heart of the Syrian civil war, a group of activists created an underground library in the besieged outskirts of Damascus. After years of blockade, they were forced to leave their city. But they managed to save their videos illustrating a unique experiment of cultural resistance under the bombs. Built between the past and the present, this film follows the story of three friends who met during the 2011 revolution and never gave up on their cultural resistance and peaceful struggle. Despite ceaseless bombing, they not only saved books from the rubble, but created a secret library, which quickly became a safe haven for peace, freedom and democracy: a special experience that they filmed and documented meticulously.