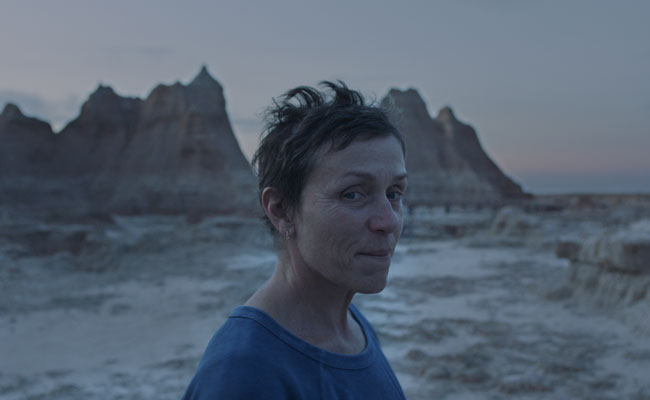 Fern (Frances McDormand) is a woman in her sixties who has lost everything – her money to the recession and her beloved husband to an early death. Kitting out a van as a home and following temporary work from place to place, she embarks on a journey through the American West, living as a modern-day nomad. This elegiac drama depicting the subcultures in the US’ western wildlands is an adaptation of the non-fiction book by Jessica Bruder, Nomadland: Surviving America in the 21st Century.